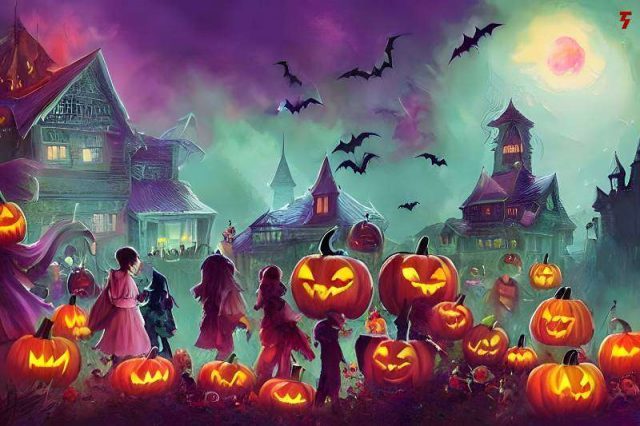 Suppose you’re a devoted fan of movies directed by Tim Burton, from Alice in Wonderland to Edward Scissorhands. In that case, you’ll want to make your Halloween costumes by mimicking the looks of your favourite characters. Ideas and character choices may be difficult and puzzling, but don’t worry. We’ve got you covered!

Alice in Wonderland is one of the most popular films directed by Tim Burton. The special characters make the movie intriguing and give it life. They include:

Pick an ankle-length light blue dress and use a white apron to make it look authentic. If your hair isn’t naturally blonde, you could put on a blonde wig that has a similar style as Alice’s hair. For footwear, you can choose black and white saddle shoes.

There you go; now you’re all set for your journey in Wonderland…. I mean Halloween!

If you’re into arts and crafts, you’ll enjoy putting this costume together, as it requires a specifically designed hat. To dress up as the Mad Hatter, you’ll need some fingerless gloves, an oversized bowtie, brown shoes, brown striped pants, a purple waistcoat, a black turtleneck, a brown coat with white polka dots, and of course, his crazy hourglass shaped hat with an orange curly wig underneath. For unique makeup, there are online tutorials that can give you a similar, insane look.

Hearing “Off with their heads” always gives us the chills, so dressing up as the Queen of Hearts would prove that Halloween is a fearful night.

You’ll require a red, curly wig and a small tiara. Because of its uniqueness, you can purchase a similar dress since it’s too difficult to design one by yourself. Her makeup, especially the little red heart between her lips, is one of the main features of the costume. A good deal of tutorials is available for terrifying makeup online.

Corpse Bride was rated one of the best-animated movies directed by Tim Burton. Dressing up as Victor or Emily can give you a nostalgic feeling of this amazing movie released seventeen years ago.

Victor wears a formal white shirt and coat, brown vest, blue scarf, striped dress pants and formal black shoes. To match his skin colour, you can paint your face with a pale shade and wear similar-coloured gloves. For the hair, you can gel and style it in a similar way.

Charlie and the Chocolate Factory

Charlie and the Chocolate Factory is one of the most popular movies kids love. Not only is the movie interesting itself, but the characters also contribute to the greatness of the movie.

Charlie wears a mustard-coloured shirt with a grey, orange striped sweater, dark brown pants, black socks, and dark brown sneakers. You can design a golden ticket to add to the look as well.

“Violet, you’re turning violet!” is one of the hilarious and iconic lines in the movie.

This costume is probably the easiest to put together as it only requires a light blue tracksuit, blue socks, blue and white trainers, and a blue watch. Don’t forget to paint your nose or entire face violet to give the “turning violet” look!

According to a legend, if “Beetlejuice” is said thrice quickly, the magical character will appear in front of you. To prove this, you could perform the same trick. Who knows? Maybe you actually could get people to believe you.

To imitate Beetlejuice, you’ll need a white wig, white dress shirt, a black tie, a black and white striped suit, and black combat boots. And of course, his unique makeup style is required to give the absolute Beetlejuice look.

The Nightmare Before Christmas

An attractive, uncommon fact about this movie is that it was based on a poem originally written by Tim Horton. The idea of basing a movie on it was a great success.

For this costume, you’ll need an oversized black bowtie, a black pinstriped suit and black dress shoes. The best part of the costume is getting the Skellington mask and skeleton hand gloves. If you want to give an extra creative look, you can use a black sharpie to outline your hand’s bones using the help of Google to get it accurate instead of buying the actual gloves.

The special dress of Sally can be purchased online. You’ll also need some light blue stockings, a long red wig, and a pair of plain black shoes. The makeup part is interesting, considering you’ll have to draw fake stitch lines and use fake eyelashes.

An interesting fact about this movie is that Tim Burton didn’t actually plan on using actual scissors for Edward’s hands but in the end, they were used and turned out to be the best part of the costume!

The main colour of this costume is black. For the outfit, you’ll require a black turtleneck and leather jacket, black pants, and leather boots. Add lots of belts and buckles around the costume to give an authentic look. You can design the creepy “Scissorhands” or buy them. A messy black wig and eerie makeup will complete the look.

Batman and the Joker

There are many Batman movies directed by different directors, but Tim Horton’s Batman version is one of the great ones.

To imitate this legendary superhero, you’ll have to go all black with the costume and accessories. It requires a full-body pantsuit, metal belt with oversized square pockets, floor-length cape, briefs, elbow-length gloves and black boots. For the main part of the costume, you can design the Batman crest and glue it to the centre of your chest, and last, but not least, put your Batman mask on, and you’re ready!

This movie was Tim Burton’s first feature film, which he directed when he was just twenty-six. It is considered one of his great adventure comedies.

The necessary things required to dress up as Pee-wee include a black wig with extra gel, a plain white dress shirt, a grey blazer with matching grey pants, a small red bowtie and white dress shoes. To give your face a similar look, you can use an eyebrow pencil to make your eyebrows bushy.

These numerous costume ideas can not only make your Halloween special but memorable too. Pick a costume and get ready to rock the look! Happy Halloween!

If you have other great ideas for Halloween costumes please comment in the teentempo discussion below. 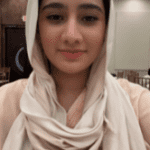 Nabeeha Atif is a freelance writer and blogger. She has an immense passion for reading, writing articles, blogs and researching new and interesting topics. She is currently in her early 20s and her love for books and writing began when she was a young child.