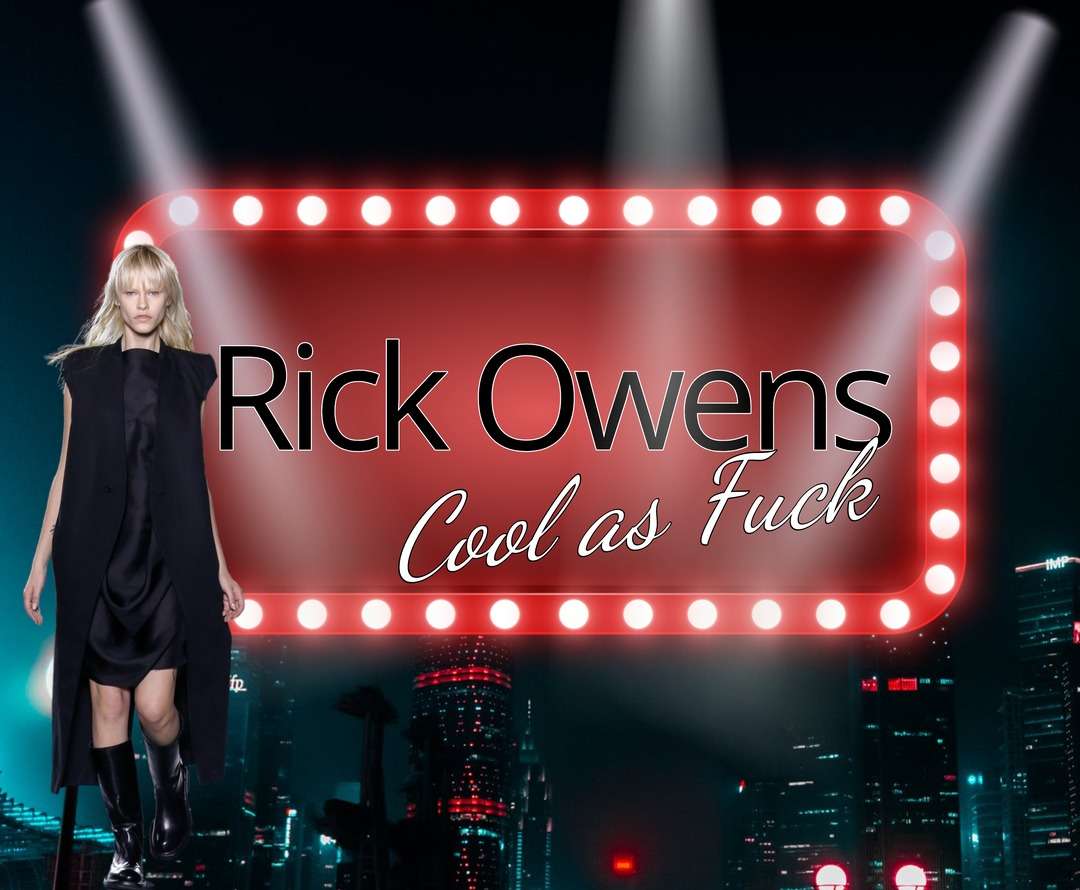 Whether or not you know about Rick Owens, a designer with a distinctive, native vision of the fashion industry, it does not exclude the fact that his influence on contemporary fashion can hardly be underestimated.

Born in New York, then moved to L.A. – his youth and adolescence were, in his own words, spent in alcohol, drugs and transsexual company.

He claims that this is reflected in his clothes, which he calls autobiographical. It’s important that he wears his own clothes because it’s a sign of his real passion for making things that you are happy with.

Things that you create for your own wardrobe – that you choose and create to go out and communicate with the world, to create a false image, a part of your own personality.

This again emphasizes and proves the fact that his works and things are autobiographical. True art is what comes from your soul, whatever it may be.

These factors allow us to call Rick not only a designer but also an artist, a real weaver and a master of threads, fabrics – atelier. «The opportunity to express me is a real luxury.

My life is different from those who work for big fashion houses and have to create thirty collections a year. I do not have to explain to others what I am going to do».

By the way, the brand of Rick Owens is really an independent brand that is not part of any of the large conglomerates and stands firmly and unbreakably in the fashion industry. Rick’s style is called «glance» (which is a mixture of glamour and grunge). Each new collection is a logical continuation of the previous one.

In general, the figure of Rick Owens is quite recognizable, with high cheekbones, long black hair, muscular tattooed arms and a casual manner of dressing – designer Rick Owens looks not that much younger than his age.

The charisma of Rick Owens

He was born in 1961 but is rather atypical. Asking different people why Rick Owens, many of them told me that his figure, the energy of this person turns on, and the things he does are burning with the desire to break stereotypes – non-standard cuts, asymmetry, stretched and crumpled fabrics – a new breath, a real desire to create something really new will never go unnoticed.

His clothes turn women into priestesses of ancient Greece and men into caricatured statuesque athletes.

Many people I met learned about him because of his shows, not to even mention the clothes he creates. Those performances are beyond amazing. They are like theatre, but better.

They make me not want to stop watching, and he’s very good at what he does and is very talented. So I urge you to watch…

Yes! He really does like to surprise people…and shock them. His shows are not just models taking turns on the podium. They are real rock concerts. At many of them, he likes to play with the atmosphere using smoke and light tricks. In cooperation with musicians, he chooses the perfect atmospheric music – the music you hear today.

There are some more talked about and scandalous shows. For example – the VICIOUS collection. At this show, Owens refused models, and instead of the traditional show, he prepared an 11-minute performance of dancers. All the girls were personally selected by the designer in university women’s clubs engaged in stepping – a direction that combines shoulder, cheerleading and military training.

They presented the dance while keeping angry expressions on their faces. This not only referred to the name of the collection but also spoke about how Rick is tired of comparing models and ordinary women. His show was emotional and exciting, and the clothes were incredibly comfortable to wear.

The dancers fit the proportions of real women. And almost all of them were «coloured», in the season when shows are criticized for their «whiteness»… Probably, that’s why everyone cried. Finally, affordable fashion!

Or the SPHINX collection – this time there were no concerts and performances – attention was drawn to the clothes that Rick put on the models in a not quite traditional way. As a result, the cutouts on the throat were in the genital area of the models, who, by the way, were without underwear.

It makes no sense to describe the situation further, but what the guests of the show saw was discussed later for a very long time. Rick himself explained in an interview with journalists after the show – «Who said it was disgusting, who decided what size male genitals should be and why? This is a story about liberation from the rules imposed by someone.»

In the post to each show on YouTube, Rick personally writes explanations of his shows using caps lock, their concept, and explanations of each of his decisions in the design of things, such as here.

««i had recently retreated to egypt where i found great comfort in the remoteness and scale of its history. my personal concerns and global discomforts felt petty in the face of that kind of timelessness, lying down in the dirt with the valley of kings within view was a perspective i liked. the temples, started by one civilization, seized and added onto by another, completed by another and then unearthed by yet another, were reassuring in their stoic permanence.»» In a more personal setting, in response to the interviewer’s question –

«Of course, I thought about the reaction I would cause by showing male genitals at the screening. It’s no secret that I like to add drama and tension to my catwalk shows. And here, I deliberately wanted to add provocation and get all this anger in response. A person is afraid of those things that are beyond his control but at the same time accompany him all his life: sex, death, love – these are the mysteries that create the magic of life and are the deepest motives for actions. I want to believe that what I do is still important,» says the designer.

I have seen and spoken with many people in Rick’s outfits, and all of them are united by one thing – a violent, rebellious vision of the world and the desire to live by their own rules in this place where we find ourselves. And I know even more who would like to have his sneakers or jacket, which says how important his influence is. Rick really fits incredibly in the world of modern fashion, and not only in high fashion, no. In the world of street fashion, he inspires young designers and street stylists to create their UNIQUE clothes. The use of asymmetry, non-standard cuts, conquering your own inner chaos and using it for your own purposes, and interpreting your own life into any kind of art with freedom of expression, thoughts and relaxation – this is what Rick Owens brought to modern fashion, which is beginning to transform into something different, new, future. And modern life, life without stereotypes, impositions and shackles of social thought.

Do you love Rick Owens? Tell teentramp in our comments section below. 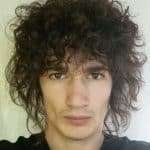 Hi, I am Dmitry. I studied at Kyiv Gymnasium of Oriental Languages, with an in-depth study of English and French. I have started to write since childhood, 12 years old.

After school, I applied to “The Interregional Academy of Personnel” on the Journalism faculty. I wasn’t taught something new except about journalism’s history.

So I decided to finish my studies at this university and research independently. It is much more profitable and, to be honest, more helpful if you have the willpower.

For the first half year, I worked in the museum of Bulgakov, and then, before the war broke out, I worked in a library near my house. I started to freelance only a few months ago but actively working on it. Have a plan to apply to foreign universities for «creative writing» courses.

In addition to writing, I play electro sets in clubs in my town before the war. I also play electro guitar and practice my vocal voice. My dream – is to write and make music without thinking about livelihoods but make writing and music the source of my fee.

November 9, 2022
Are These The Top Reasons Black Women Wear Wigs?