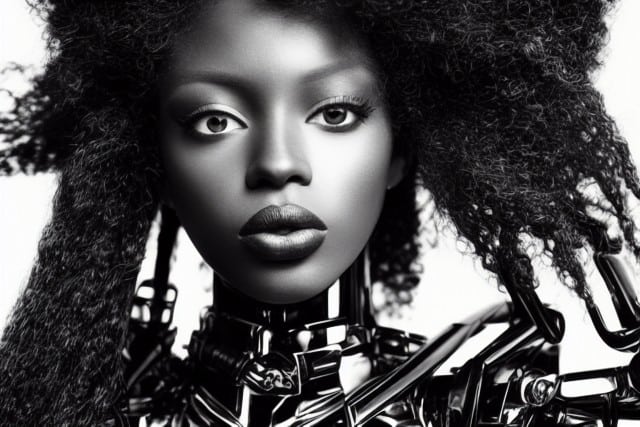 One of the most common questions on sites like Quora is, “Why do black women wear wigs?” so I thought I’d answer this question. The top reasons black women wear wigs vary and can be complex. Still, the primary reason is that hair is a prized commodity within the African-American community. Black hair ranges in variety, but it is usually thick and coarser than other races’ hair.

Wigs are worn by women of all races and ethnicities for various reasons, but they are trendy among African-American women. The stereotype of black women with big, voluminous hair is ingrained in American culture, thanks to actresses such as Whoopi Goldberg, Jada Pinkett Smith and Queen Latifah. Many women wear wigs to add length to their hair or to mask hair loss.

Hair is an important part of the identity

No wonder black women are synonymous with their afros, braids, and curls. Hair plays a significant role in the identity of many African American women. Even though someone who isn’t in the culture might not immediately notice a new hairstyle, it is essential to go through this process because of its element of transformation.

Confusion among black women’s various hairstylists is often accompanied by questions and stares when they switch to a new hairdo.

There is another cultural anomaly that I find amusing. When caucasian women refer to a ‘perm’, they are talking about adding a chemical curl to their hair using a chemical process. When a black woman refers to a ‘perm’, she usually means permanently ‘straightening ‘her hair – also known as ‘relaxing’.

I have been asked to point out by a black friend reading this over my shoulder that touching a Black woman’s hair without her permission is extremely rude. But even if you ask nicely, the answer is probably no!

Interesting Fact About Black Hair. The structure of Black hair grows in a helix (spiral) pattern rather than a straight pattern like Caucasian and Asian hair. This can make it difficult for black hair to grow, as the hair shaft is prone to breakage. But black women can grow their hair long. Keeping the hair moisturized and using methods like Ayurvedic can help stimulate hair growth.

Many black women have problems with their hair; it is very thick and curly and therefore tends to become dry. These girls are also at risk of losing their hair due to genetics. However, they were all able to overcome these challenges by using a hair replacement system.

For as long as we can remember, one of the top reasons black women wear wigs has been due to alopecia and the influence of American and European trends. In recent years, however, more people seem to appreciate their natural hair.

Watching actresses like Oprah and Michelle Obama wear their hair in beautiful braids has inspired many to wear faux hair.

African-American women are just like every other woman. They enjoy playing dress-up. They want to be individuals and try different things.

They don’t want to be white or another colour; they just like taking risks with textures and colours. This is one of the top reasons black women wear wigs.

Don’t you sometimes wish your hair could be different? I know I do.

Sometimes, you just want to be a golden-haired angel. Or adopt Beyonce’s iconic pixie cut. Who hasn’t felt like trading our brunette locks for Fake Hair?

As a society, we often don’t stop to think about the history of black women’s hair. Unfortunately, much of U.S. culture has felt that black women should hide their hair for fear that white people would find it too ‘exotic’ and unsettling.

In the 1700s, enslaved black women who worked in the fields usually covered their hair in head rags due to the harsh demands of their work.

Slaves often wore wigs to mimic their white masters. Wigs were popular during the 1700s, and Africans quickly followed this trend by wearing them or similarly sculpting their hair.

In New Orleans, however, where free Creole women of colour wore exquisite hairstyles that displayed their kinks and coils with an air of nobility, the city passed a law (the Tignon Laws) forcing these women to wear a tignon over their hair to segregate them.

African-American women in some parts of the country endured a disturbing tradition during the 19th century. They experienced a long and painful ritual where their natural hair was straightened with chemicals and large, “taming” combs to make it look more like Caucasian-American hair.

Fast forward to the 1960s when the “Black Is Beautiful” movement was essential and assured black women that their skin, facial features, and natural hair were admirable. This movement was created by famous black activist Marcus Garvey. The quote: “Don’t remove the kinks from your hair! Remove them from your brain!” sums up the prevailing attitudes and activist Angela Davis wore an afro as a rebellion against white American standards of beauty.

So we come to today where black women can wear a wig or enjoy their natural curls in a ‘woke’ liberal society.

I picked up some exciting context from an article on unravelwithtolu.com site

where a young black woman was talking about her time in the U.K.

She says, “It was while living in the UK I got acquainted with the wig-wearing lifestyle. For me, this was the norm then as every black woman I was surrounded by opted for this hairstyle. It’s interesting how the culture here in Canada (Halifax to be specific) amongst black women has more black women wearing braids compared to the U.K. where women wore more weaves and wigs”

Another young woman said, “remember the first time I changed my hair? My classmates stared so hard. It was a good start, and they began to ask if I was going on a date. The people I live with won’t stop asking why I wear weave and tell me how beautiful my hair is.”

Community input is only complete with some information from Reddit. Here is what a Reddit user said about why she wears wigs as a black woman.

‘There’s a lot of reasons, personally as a black woman, I wear wigs because it’s more convenient. Not only is my natural hair incredibly curly it is also thicker than most people’s. It can easily take one to two hours to wash, comb and style it…longer than that if I blow dry and flat iron. It’s a very long process dealing with natural hair.

Sure, you can wash it and let it dry into a big poof, but that’s not really a look most of us go for. Even putting it up into a bun or a little poof requires no less than an hour’s worth of work. For most of us, our hair is so curly it’s essentially one giant knot until it’s detangled, conditioned and straightened if that’s what we choose to do that day.

When dealing with African American hair, the less you manipulate it, the better it grows. My hair went from mid-ear length to between my collar bones and boobs in EIGHT MONTHS, just from wearing wigs every day and letting my hair rest and be in its natural, unaltered state.’

And then, from the practical economics of it:

Some women wear wigs because it’s cheaper than going to the salon every month for blowouts and straightening. You can spend a good 300-400 dollars on a high-quality wig that will last you two, maybe three years or more compared to the literally $1,000 or more you could easily spend having to go get your hair professionally done every month in a year. Some black women don’t know how to take care of their hair, and some don’t have the time to take care of their hair and opt for professional stylists…this adds up, and adds up fast. Paying out an initial 300 bucks, knowing you won’t have to do anything beyond washing your hair and braiding it up, can go like that for a couple of months. It’s easy to see why we’d opt for a wig.‘ 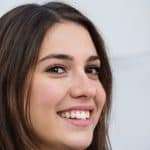 I’m a self-taught hair colourist, beauty influencer + blogger in London. My mission is to inspire others to master the art of hair – feeling confident in the process. 💪🏻💕contact me [email protected]